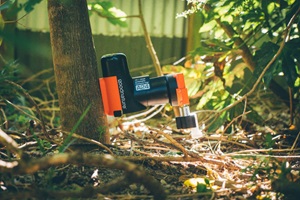 The issue of pest control, poisons and how to humanely ensure our native species are protected is a very important one. Over the past month SPCA has received lots of feedback and enquiries about our organisation’s position on this topic from many different viewpoints.

We’ve created this article to help answer some of our most frequently asked questions:

What is SPCA’s position on pest control?

What is SPCA’s position on the use of poisons such as 1080?

Poisons cause intense, prolonged suffering to animals and as an animal welfare organisation, we cannot support their use. SPCA is ultimately about preventing cruelty to all animals – and our New Zealand law recognises all animals as sentient, with the ability to feel pain and pleasure. So we advocate that where pest control measures must be taken, they must be humane. The use of poisons is an extremely polarising and complex issue, and we understand that our communities will have views that they are passionate about.

What solution would SPCA like to see, and when?

SPCA would like to see New Zealand move away from a reliance on poisons, including 1080, with the ultimate goal of being able to stop their use. We are realistic and pragmatic and we understand humane alternative solutions take time to develop and implement. But while we understand why poisons (such as 1080) are currently being used, as an animal welfare organisation we still can’t support their use. We advocate for further research and development of humane alternatives to poisons as a matter of priority, and that they are implemented as soon as they are available. There must be significant financial investment into humane alternatives.

What is a viable solution to stopping the use of poisons?

To be able to move away from New Zealand’s reliance on the use of poisons, there must be significantly more investment into further research and development of humane alternatives to poisons – and SPCA believes there is not currently enough focus on this. Also, in parts of New Zealand where it is feasible, (for example, areas where access is not an issue) we strongly advocate that current viable, humane alternatives (such as traps that have passed NAWAC testing for welfare performance) are used and that the use of poisons is stopped as soon as possible.

SPCA supports innovation and research into all humane alternatives to the use of poisons, including genetic technologies. We’d like to see more public conversation about the current and emergent tools that can be used to help conserve our native species.

What’s the difference between conservation science and animal welfare science?

Here are some further articles and studies on this topic that you may wish to read: